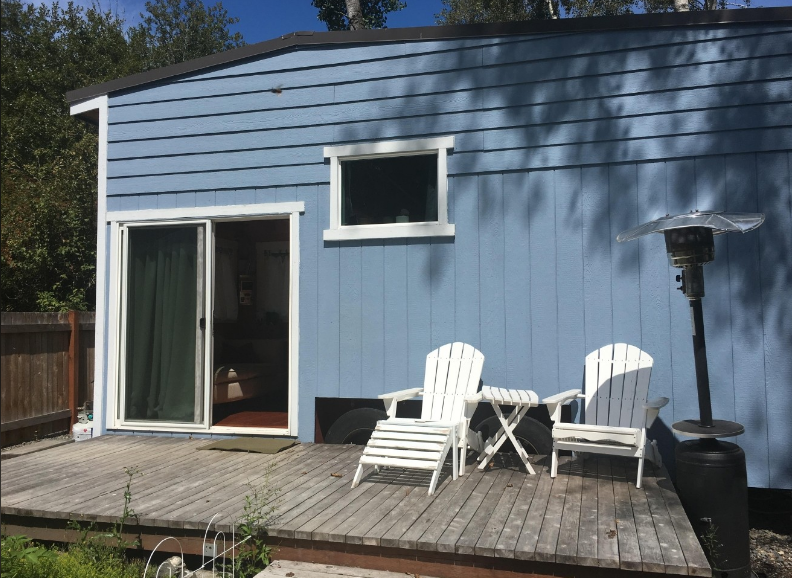 The owners of a tiny home that’s parked year-round on a residential property in Steilacoom, Washington fear they could be forced to find other living arrangements all because of a battle over the town’s municipal code.

Shannon and Peter Johnson said they thoroughly researched the town’s rules before moving their 150 square foot home, which sits on wheels, early last year. They claim they found nothing in the city’s municipal code that would prevent them from living in it year-round. The tiny home is parked on their property right next a more traditional house where other family members live.

“The financial freedom. Having less stuff. You know, takes us like 10 minutes to clean this place. Those things are all real attractive to me, too. But I also just love the concept of it,” said Peter Johnson. “I just love the puzzle of it. The challenge of just designing only what you really needed to have and trying to make it as functional as you can.”

“I was not a believer in it. And I’ve just seen what it can do for our family,” Shannon Johnson added.

Everything seemed to be fine until the couple got a letter from Steilacoom leaders in July stating their tiny home appears to be violating several sections of the town’s municipal code related to zoning and utility installation, the couple said.

“They said ‘You’re not allowed to do this’ and we didn’t see where it said that,” Peter Johnson said. “At first it was scary and then it we reasoned that we’re fine. We’re legal here as far as we understand.”

Town leaders told KOMO News that the municipal code specifically states what’s allowed in a residential zone. Anything not listed is not allowed, they added.

“This is a grey area that tiny house advocates have exploited not only here in Steilacoom, but in many jurisdictions,” said Administrator Paul Loveless. “We believe that what the Johnson’s are doing by living in an RV in a residential area doesn’t meet the current code, however, we wanted to make it crystal clear for everyone.”

To make the town’s municipal code explicitly clear, the town’s planning commission could soon revise the code so that it specifically states what is and isn’t allowed, Loveless said.

The Johnsons are still trying to figure out what the current code means for their situation. They fear any revisions to it could force them to make other living arrangements.